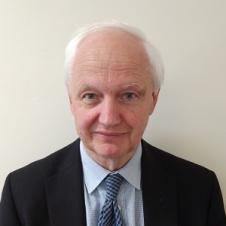 I have served as a councillor continuously since 1981 and have been Town Mayor on three occasions. I am married to Ann and my two children (Lizzie and James) were both brought up and educated in Oundle although both are currently living and working in London.

I was at Norwich School then the University of Nottingham then the College of Law in Guildford. I lived in Oundle from 1981 to 2015 before moving to Glapthorn. My interests include Norwich City Football Club and motor racing, travelling in Europe and visiting restaurants at home and abroad.

I value the fact that the town council is not and never has been party political and that councillors here become councillors to serve Oundle. I wish to preserve the best of the town, build on what is available locally and aspire towards making the quality of life for everyone in the town the very best it can be.

In the past I have been involved with the East Northants Citizens Advice Bureau and the Friends of Oundle Parish Church and was involved on the council's side in the setting up of the Museum and am currently a trustee of the Museum Trust. As Mayor I signed the twinning charters with both Andressy and Naourt.