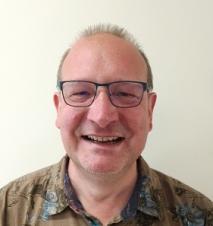 I first came to this area in 1984 when I joined British Sugar as an undergraduate trainee on leaving school in Wakefield. After graduating from Aston University and qualifying as a chartered engineer I continued to work for British Sugar for a total of 28 years, mostly based at the head office in Peterborough and was joined here by my wife, Clare whom I met at university. We moved from Kings Cliffe into Oundle in 1996. In 2012 I left British Sugar to join Nestlé as their global head of energy procurement, this meant living and working in London during the week but we still returned to our home in Oundle for the weekends. At around this time I became aware that town councils in general and Oundle in particular were having difficulty recruiting councillors, it was not practical to put myself forward whilst working all week in London but in June 2017 I left Nestlé, returned to Oundle and became a Councillor. I love living in Oundle and want to do what I can to support and enhance our town.