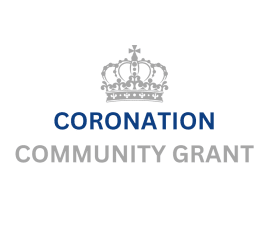 To mark the Coronation of King Charles III on May 6th, Oundle Town Council (OTC) will make available up to £10,000 in grants in order to enable Oundle's wonderful community groups to commemorate the event.

Grants will be awarded via OTCs normal grant funding process (details of which can be found at https://www.oundle.gov.uk/community-grants.html with special focus for 2023 being on those that will create a lasting coronation "legacy" – for example an event to "open" new infrastructure for a club, or focus on a new project, or celebrate some young talent coming through the group who will help represent Oundle in the future. "Green" projects will be looked upon especially favourably, and in all cases "legacy" would be best defined as something that will commemorate the coronation in 2023 AND EITHER produce something that will be capable of enhancing a given location now and in the future OR be "passed on" to future users of that location.

Those groups who wish to plan an event or commemoration around the Coronation can apply to OTC as per https://www.oundle.gov.uk/community-grants.html